Skip to content
Building or site where iron is smelted
For other uses, see Ironworks (disambiguation). 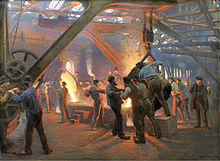 An ironworks or iron works is an industrial plant where iron is smelted and where heavy iron and steel products are made. The term is both singular and plural, i.e. the singular of ironworks is ironworks.

Ironworks succeeded bloomeries when blast furnaces replaced former methods. An integrated ironworks in the 19th century usually included one or more blast furnaces and a number of puddling furnaces or a foundry with or without other kinds of ironworks. After the invention of the Bessemer process, converters became widespread, and the appellation steelworks replaced ironworks.

The processes carried at ironworks Steelers are usually described as ferrous metallurgy, but the term siderurgy is also occasionally used. This is derived from the Greek words sideros - iron and ergon or ergos - work. This is an unusual term in English, and it is best regarded as an anglicisation of a term used in French, Spanish, and other Romance languages.

Historically, it is common that a community was built around the ironworks where the people living there was dependent on the ironworks to provide jobs and housing. [1] As the ironworks closed down (or was industrialised) these villages quite often went into decline and experienced negative economic growth. [2] 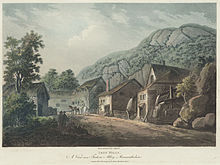 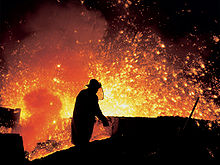 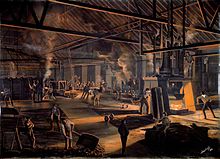 Ironworks is used as an omnibus term covering works undertaking one or more iron-producing processes.[3] Such processes or species of ironworks where they were undertaken include the following:

From the 1850s, pig iron might be partly decarburised to produce mild steel using one of the following:[5]

The mills operating converters of any type are better called steelworks, ironworks referring to former processes, like puddling.

After bar iron had been produced in a finery forge or in the forge train of a rolling mill, it might undergo further processes in one of the following:

Most of these processes did not produce finished goods. Further processes were often manual, including

In the context of the iron industry, the term manufacture is best reserved for this final stage. 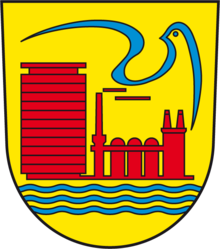 The largest Japanese steel companies' main works are as follows: